This is a guide to primary sources on LGBTQ history that can be found in Temple University's Special Collections Research Center (SCRC).

The SCRC holds a variety of primary sources on the topic of the LGBTQ community in the Philadelphia region and beyond, in the form of archival materials and publications (newsletters, magazine, and other periodicals), created by LGBTQ organizations and individuals.

These materials document efforts to further the pursuit of LGBTQ legal and civil rights, and also provide a glimpse into the lives and concerns of this community, dating as far back as the 1960s.

Born Philadelphia, raised in Montgomery Co., PA, graduated from Abington [PA] High School.  Served in the United States Marine Corps. Graduate of the School of Industrial Arts (now the University of the Arts in Philadelphia), and of the University of Pennsylvania with a Master of Fine Arts. As a gay man he actively lived the rest of his long life starting with teaching English at the Intitut Montana in Zugerberg, Switzerland, then acted as Assistant Curator of Education at the Philadelphia Museum of Art.  He was an active supporter of the arts in Philadelphia, New York City, and London, England throughout most of his life.

In 1970, the Philadelphia Clergy Consultation Service (CCS) began training women from the Pennsylvania Abortion Rights Association (PARA) to provide pregnancy options counseling. In 1971, these women founded CHOICE (an acronym that originally stood for Concern for Health Options, Information, Care and Education, and later stood on its own). Initially, the main focus of CHOICE was to provide options counseling for pregnant women. This counseling included helping women access out-of-state abortion services prior to the Supreme Court decision on Roe vs. Wade, issued in 1973. Over the years, CHOICE has expanded its services to provide information and referrals related not only to pregnancy options, but also to a wide variety of reproductive health issues (such as sexually transmitted diseases, prenatal care, and childbirth), AIDS, and childcare.

The Fellowship Commission is the nation's oldest and largest private metropolitan human rights organization, serving the Philadelphia area since 1941. It initially grew out of a number of separate attempts to fight and prevent the further spread of antisemitism in Philadelphia prior to American entry into World War II, and the increasing conviction that Black people and other minorities were being denied their rightful place in American society as result of prejudice, discrimination, and systematic injustice.

Founded in 1970 by Maggie Kuhn and five other women who had been pressed into mandatory retirement, the Gray Panthers began as the Consultation of Older and Younger Adults. Interests of the group, in addition to eliminating mandatory retirement, included the war in Vietnam, the arms race of the 1970s and 1980s, affordable housing, nursing home abuses, banking reform, civil rights, transportation, health care and patients’ rights, and creating structure for grassroots populations to facilitate social change at the community level.  LGBTQ-related materials can be found in subseries 1.3, Reference Files, 1985-1990.

Franklin H. Littell (1917-2009), professor and department head of Temple University’s Department of Religion, was a Methodist minister, pacifist, activist, proponent of religious liberty, historian, and supporter of the State of Israel. He advocated against political extremism, was active in the rehabilitation of Germany after World War II, and dedicated himself to the study of the Holocaust.

Materials on LGBTQ topics can be found in his Reference Files (subseries 15.1 and 15.2 and subseries 5.8), and Research, Writing, and Speaking Materials (subseries 12.5 and 12.6)

Helen Oakes was a nationally recognized activist for public education from the 1960s to 1980s.  She wrote, published and distributed the “Oakes Newsletter,” from 1970 to 1989, which addressed issues affecting the Philadelphia School District.

Series 2 of this collection houses records related to the Board of Education in Philadelphia from 1965 to 1991. Of note, is a range of material on national and local education issues including one folder on gay and lesbian awareness and curriculum development.

Subseries 4.3, Subject Files, 1958-2002, contains a variety of materials relating to the School District of Philadelphia. Of interest are two folders relating to the Gay and Lesbian Task Force and the Gay and Lesbian Compliance Policy, which had a goal of providing “an affirmative, positive and safe learning environment for our lesbian, gay and non-gay youth.” The report and testimony from this task force offers some useful documentation of 1980s attitudes on homosexuality and education.

Formed in 19789 in response to “an international call for action on reproductive freedom.” During its lifetime the group actively demonstrated and testified against restrictions on access to abortion. The organization was concerned with maternity care, lesbian rights, and racism in the women's movement along with many other issues of special interest to women and those concerned with reproductive rights.

See here for a blog post on the topic of LGBTQ resources in the SCRC. 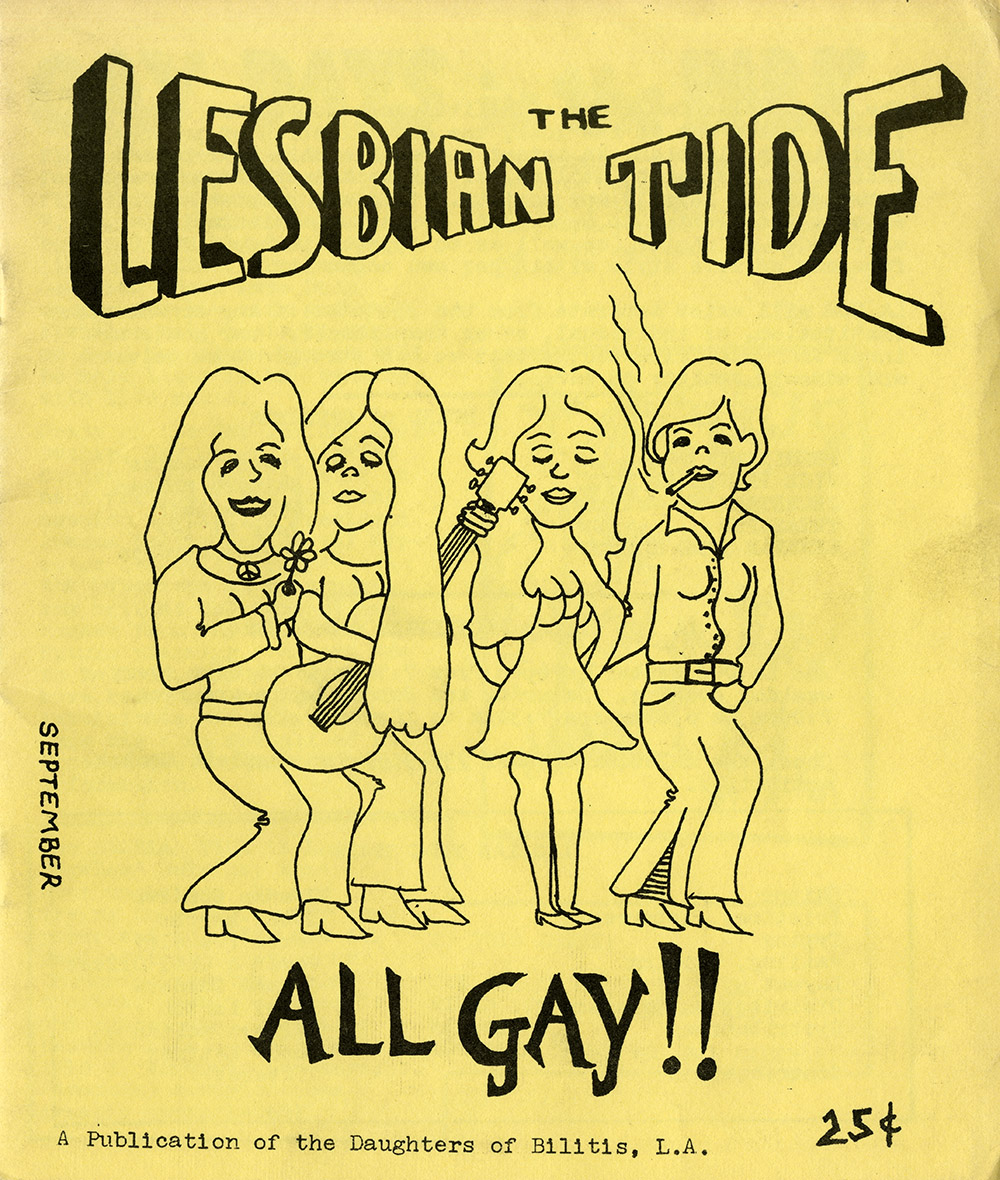