A guide to qualitative research methods

"Grounded theory refers to a set of systematic inductive methods for conducting qualitative research aimed toward theory development. The term grounded theory denotes dual referents: (a) a method consisting of flexible methodological strategies and (b) the products of this type of inquiry. Increasingly, researchers use the term to mean the methods of inquiry for collecting and, in particular, analyzing data. The methodological strategies of grounded theory are aimed to construct middle-level theories directly from data analysis. The inductive theoretical thrust of these methods is central to their logic. The resulting analyses build their power on strong empirical foundations. These analyses provide focused, abstract, conceptual theories that explain the studied empirical phenomena.

Grounded theory has considerable significance because it (a) provides explicit, sequential guidelines for conducting qualitative research; (b) offers specific strategies for handling the analytic phases of inquiry; (c) streamlines and integrates data collection and analysis; (d) advances conceptual analysis of qualitative data; and (e) legitimizes qualitative research as scientific inquiry. Grounded theory methods have earned their place as a standard social research method and have influenced researchers from varied disciplines and professions.

(To access this article you must have a Temple University AccessNet account. If you are not affliated with Temple University, use the citation below to find the article at a library to which you have access)

Sandi Wolfe has translated the above English text into Ukrainian. To see her other translations, click her blog. 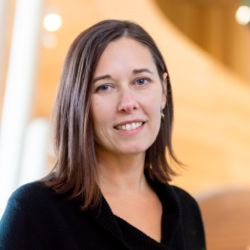