Critical reviews of plays provide analysis and insight into specific performances or productions.  Such reviews explore how effectively the performance communicates the theme, pathos, or message of the play.  Because the reviewer must understand the play as literature in order to write an informed analysis, there is often overlap between a critical review of a performance and a dramatic review of a play as literature.

Access World News. For newspaper reviews from all over the world in English translation.

Aisle Say. "The Internet Magazine of Stage Reviews and Opinion."

International Bibliography of Theatre and Dance with Full-text. Project begun by the American Society for Theatre Research. Contains reviews.

International Index to the Performing Arts (IIPA). Coverage begins in 1864. Provides indexing and some full-text to articles in the scholarly as well as the popular press in dance, theater, stagecraft, and more.

JSTOR. Provides full-text to the full runs of leading scholarly journals in many fields.  For best results, click on "Advanced Search," scroll down and choose the disciplines relevant to your research.

LexisNexis Academic. Contains full-text of The New York Times as well as other major American and international newspapers.

Readers' Guide to Periodical Literature. Coverage 1890 to the present. 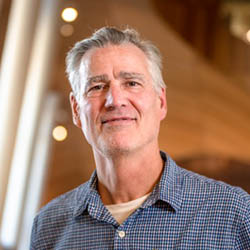