The Almanac of American Politics through the National Journal site useful for finding issues particular to a congressmember's district.

GovTrack.us district maps leads to a Google map of a district

Ballotpedia has district and re-districting maps. The site is "a nonprofit and nonpartisan collaborative encyclopedia designed to connect people to politics. Featured information includes elections, politicians and candidates at all levels of government: elections, congress, state executive officials, state legislatures, recall elections, ballot measures and school boards. Ballotpedia is a wiki, which means anyone can improve it."

nationalatlas.gov has printable maps and raw data for congressional districts

Redistricting FairVote.org explanations and guide to resources "By gerrymandering the districts, legislators and their political cronies have used redistricting to choose their voters, before voters have had the opportunity to choose them." 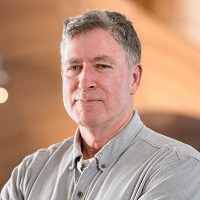