American Statistics Index
1973-
Designed to locate statistics published by all U.S. government agencies and Congressional communities. Arranged by subject and name, by title and report number, the index gives the abstract number. The abstract volume provides a detailed description of the statistics included in each publication. Microfiche copies of almost all reports beginning with 1973. PDFs available beginning with 2004.
SSRC Index Tables I10-I11

Index to International Statistics
1983-
Indexes statistical publications issued by international and inter-governmental organizations. Many of the publications indexed are available on microfiche. Select PDFs available beginning with 2007.
SSRC Index Tables I9

Major Sources of US statistical data

Statistical Abstract of the United States
1st- 1878-
Annual.
Summary statistics on the social, political and economic organization of the United States. Compiled from publications and records of various government and private agencies, it is designed to serve both as a convenient reference volume and as a guide to other statistical sources. Emphasis is on national data but many tables include statistics on states, regions and foreign countries. Tables generally cover a period of 10 to 20 years, although some begin around 1800.

Historical Statistics of the United States, Millennial Edition
Statistical series on subjects ranging from population and land area to production figures for crops and manufactured products. Coverage begins with the colonial and pre-Federal period and goes up to 2000. Detailed documentation provides brief histories of the statistical series and source materials.

Wide variety of economic, social, environmental, political, and marketing indicators from many US government agencies as well as international bodies.

IFS Online, from the International Monetary Fund, provides approximately 32,000 financial time series covering most countries in the world. The data available for each country includes data on exchange rates, international liquidity, interest rates, prices, production, national accounts and population. In many cases the data extend back to 1948.


U.S. President.
Economic Report of the President
Annual report containing texts of the President's economic report, summarizing the Administration's economic policy, and of the Council of Economic Advisers report, reviewing in detail the progress of the economy and the Administration's proposals and programs. An extensive appendix contains many long time series of statistics. 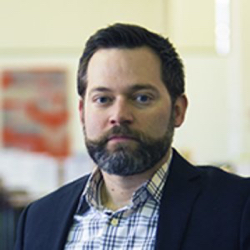