Research help for the course, ADV 3002: Advertising and Society. 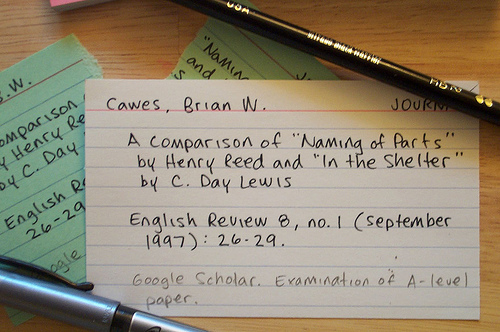 Answer: Citing the sources you use supports your ideas, validates your argument, gives credit to the originator of the idea, leads readers to additional information about your topic, and helps prevent plagiarism.

Use any of these citation generators to quickly create citations.

Use with caution, though. Not all are 100% accurate. Some miss finer details like capitalization or punctuation. Proof the final citations according to a style manual.

The Purdue OWL has been the go-to resource for researchers and librarians for many years. It is still a good resource despite the advertisements (they partnered with Chegg).

Need help creating annotated bibliographies? Below are a few sources that help explain what should be included in the annotations:

Example of an Annotation

A good annotation summarizes and evaluates each source. In the example below, notice how the student does the following:

Herbert London, the Dean of Journalism at New York University and author of several books and articles, explains how television contradicts five commonly believed ideas. He uses specific examples of events seen on television, such as the assassination of John Kennedy, to illustrate his points. His examples have been selected to contradict such truisms as: "seeing is believing"; "a picture is worth a thousand words"; and "satisfaction is its own reward." London uses logical arguments to support his ideas which are his personal opinion. He doesn't refer to any previous works on the topic; however, for a different point of view, one should refer to Joseph Patterson's, "Television is Truth" (The Journal of Television 45 (6) November/December 1995: 120-135). London's style and vocabulary would make the article of interest to any reader. The article clearly illustrates London's points, but does not explore their implications, leaving the reader with many unanswered questions.

The above example is adapted from Memorial University Libraries' "How to Write Annotated Bibliographies."